SMOKEY JOE’S CAFÉ: The Songs of Leiber and Stoller features the original Tony Award®-nominated cast performing 40 songs that provided the soundtrack to the lives of a generation of Americans.  Incredibly, they are all the work of a single songwriting team: Jerry Leiber and Mike Stoller.  Their extraordinary list of hits includes “Jailhouse Rock,” “Hound Dog,” “Treat Me Nice,” “Stand By Me,” “Spanish Harlem,” and appropriately, “On Broadway” – an unprecedented string of hits that defined the 50’s and early 60’s.  The Coasters, The Drifters, Peggy Lee and Elvis Presley all had their biggest hits with Leiber/Stoller songs.

SMOKEY JOE’S CAFÉ received a Grammy Award® as well as seven Tony Award® nominations, including Best Musical.  It has the distinction of being the longest-running musical revue in Broadway history.  The show was directed on Broadway by four-time Tony® winner Jerry Zaks. 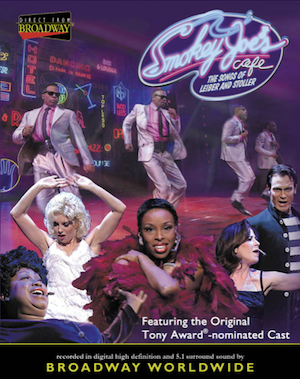