The 2010 Tony Award®-winning Best Musical MEMPHIS delighted audiences at Broadway’s Shubert Theatre over some 1,200 performances and this Direct From Broadway® presentation was awarded the 2012 Emmy® for Outstanding Technical Direction. Set in the underground clubs of the segregated 50’s, a young white DJ named Huey Calhoun (Tony® nominee Chad Kimball) falls in love with everything he shouldn’t: rock and roll and an electrifying black singer (Tony® nominee Montego Glover). MEMPHIS is an original story about the cultural revolution that erupted when his vision met her voice, and the music changed forever. Bursting off the stage with explosive dancing, irresistible songs and a tale of fame and forbidden love, this emotional journey is filled with laughter and roof-raising rock ‘n’ roll. 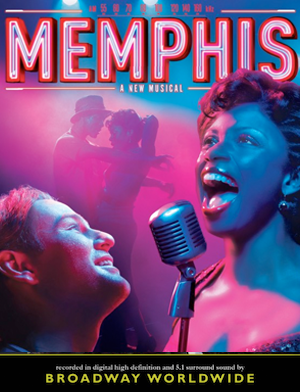