In his review for The New York Times, Frank Rich wrote that ” …the new musical revue at the Lunt-Fontanne, is an [Duke] Ellington celebration that just won’t quit until it has won over the audience with dynamic showmanship. …it rides so high on affection, skill and, of course, stunning music that the lapses don’t begin to spoil the fun. What’s more, this is the only Broadway revue of recent vintage that operates on a truly grand scale.”  SOPHISTICATED LADIES played Broadway’s Lunt-Fontanne Theatre from March 1981 to January 1983.

The knockout cast includes Phyllis Hyman, Hinton Battle, Gregg Burge and Mercer Ellington.  An all-star score celebrates the Duke with “Take the “A” Train”, “I’m Beginning to See the Light”, “Hit Me With a Hot Note and Watch Me Bounce”, “It Don’t Mean a Thing (If It Ain’t Got That Swing)”, In a Sentimental Mood”, “Sophisticated Lady”, “Don’t Get Around Much Anymore”, “Satin Doll”, and “I Got It Bad and That Ain’t Good”, among many others. 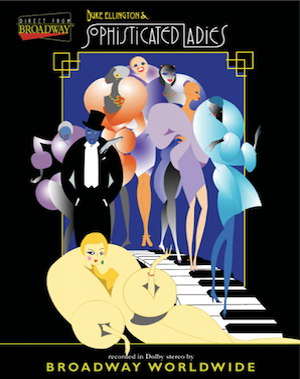